Below is a list of our regular events and acts that appear here. 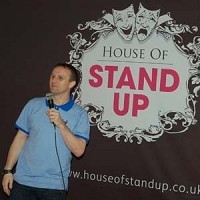 Since then 10 years of stand up and character comedy have seen him develop his frontman skills into one of the hottest compere’s working today. His ability to work with ANY crowd in ANY room is a rare gift and his diminutive frame belies an awesome stage presence.

If you're looking for an MC with wit, charm and unstoppable energy look no further.

Check him out at http://www.standupcomedynights.co.uk/comedians/howard-smith/ 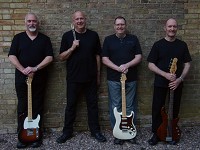 Goodtime Music For All. A great four piece band playing covers from the 50's, 60's & 70's. They will be playing outside on our patio and promise to be great fun. We're also firing up the barbeque (our great British weather permitting)

Always popular at The Cock, Kevin is a singer and guitarist who starts his set around 9pm with popular standards. By the end of the night people are singing and dancing, a real fun music evening.

Mick is a singer/songwriter playing solo at The Cock. His set includes covers of the Beatles, Eagles, Clapton, Coldplay & many more building to a good old sing along towards the end. Great fun & free entry.

Do you like to sing traditional or modern acoustic music but do not have a venue to perform in? Do you play an acoustic instrument but perhaps don’t sing yourself and wish to purely accompany a singer? The session (every first Wednesday of the month @ 8.30pm) is to give beginners and more competent artists a venue to sing in. ....More details

This guy is a legend. No backing tracks, just guitar and voice. He sings a huge variety of songs mixed with some light humour that really gets the place buzzing. Not to be missed.

A favorite entertainer at The Cock who has not been here for some time. An excellent guitarist and singer who plays rock covers including Dire Straits and others that really get the place rocking. ....More details 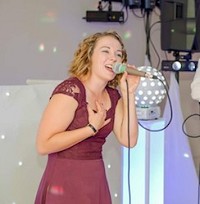 Talented singer songwriter and a favorite at The Cock Inn. 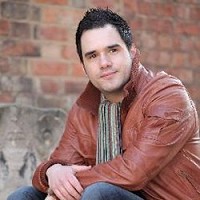 Paul Revill is an extremely likeable act, who tells stories with vivid characters and involves the audience in the fun. A variety of personal stories intertwined through observations and punch lines, ensure that the laughs just keep coming.

Paul, based in Bedford, regularly performs across the country. Now in the fifth year of his comedy career he has performed more than 500 gigs and had three full runs at the Edinburgh Fringe Festival receiving numerous 4 star reviews. This year he was the winner of the prestigious Bath Comedy Festival New Act of the Year.

With a solid 20 minute set that has the quality and laughs to find a place on most pro bills Paul has also gained a reputation as an excellent MC. He has held numerous residencies as an Mc and is often invited back to host shows

Check Paul out on http://www.standupcomedynights.co.uk/comedians/paul-revill/

Be the first to recommend this

Fish and Chips
Fresh Cod dipped in our own beer batter served with chunky gourmet chips and garden or mushy peas.

Sunday Roasts
Top quality strip loin beef, pork and turkey prepared by our excellent Chefs and served with locally sourced vegetables, homemade Yorkshire puddings and real gravy. Fancy lamb? Lamb shank is also available. If you dont fancy venturing out we can deliver between 12 and 4pm every Sunday. Advance bookings are essential.